We believe the Bible to be the holy, eternal, infallible, inspired Word of the Living God as revealed to holy men and preserved in the English language in the form of the King James Version.

We believe that there is one, and only one, living and true God.  This true God consists of three persons: God the Father, who is the object of our worship; God the Son, who is the only Saviour and Redeemer for mankind; and God the Holy Spirit, who indwells and empowers the believers to accomplish the Father’s will.  They are one in unity and knowledge and power.

We believe that Satan was once a holy angel, but fell from that position through pride.  He is now the enemy of God.  He is the prince and power of the air, the deceiver of mankind.  He is the author of rebellion and sin and will be cast into the lake of fire forever to deceive no more.

We believe that God accomplished the creation of the universe and all of its inhabitants in six literal days as described in the Genesis account.  We totally and completely reject the theory of evolution, the big bang theory, and any combination of these.

We believe that man was created in the likeness and image of God.  Mankind voluntarily chose to sin against the Holy God and fell from his sinless and happy state.  By one man’s choice to sin, all men in all ages are now sinners by nature and by choice.  Therefore, all are under the just condemnation of physical and spiritual death.

We believe that Jesus Christ was born of a virgin, whose name was Mary.  In such birth, the eternal Son of God, begotten of the Holy Spirit, was made flesh but without sin or the sin nature.

We believe that Jesus was the sinless Son of God, and He alone could offer atonement for the sin of the world.  He lived a sinless life and died in the place of fallen man.  His death was voluntary and vicarious.  He alone is able to save from sin those who trust Him by faith.

We believe that Jesus Christ rose bodily from the dead the third day, according to the Scriptures.  His resurrection was attested to by many infallible proofs and by numerous witnesses.  Forty days later, He ascended to heaven bodily where He ever liveth to make intercession for us.

We believe that every fallen human is not worthy of heaven and must be born again.  This salvation is made available solely by the atonement of Christ by His death on the cross, His burial, and His resurrection from the dead.  This salvation is obtained without any measure of human effort, solely by the grace of God for every sinner who repents and believes by faith upon Jesus Christ as his Savior.

We believe that there is a literal, eternal place of punishment for Satan, his demons, and all those who reject Christ as their Saviour.  As sinners, we deserve this punishment from which there is no escape, release, or rest, only everlasting torment.

We believe that there is a literal, eternal place of life, joy, and peace for those who place their trust and faith in the saving work of Christ on the cross.  As sinners, we do not deserve this blessing, but in acceptance of the Saviour’s righteousness, we are bestowed this privilege.  We believe that to dwell forever in the presence of God the Father and His Son is truly heaven.

We believe that baptism is a command of God to every believer and is given as an ordinance of the church.  It must be carried out only to a proper candidate (saved), by the proper authority (local church), and by the proper mode (immersion).  It is a picture of the death, burial, and resurrection of Christ.  Baptism is the first step of obedience in the Christian life.

We believe the New Testament Church is a local, visible, autonomous assembly; that Jesus Christ established His Church during His earthly ministry, prior to the events of Acts Chapter 2 and the Day of Pentecost; that a Baptist church is a congregation of baptized believers associated by a covenant of faith and fellowship of the gospel, said church being the citadel and propagator of the divine and eternal grace; that the church alone is authorized to administer and observe the ordinances of Christ; that all church members, ministries, and polities are to be subject to the Lordship of Christ, exercising the gifts, rights, disciplines, and privileges vested in them by His Word; and that church officers are pastors or elders and deacons whose qualifications, claims, and duties are clearly defined in the scriptures.

We believe the true mission of the church is found in the Great Commission: first, to make individual disciples; second, to baptize believers and add them to the church; and third, to teach and instruct as Christ commanded.  We do not believe in the reversal of this order.

We believe the church has the absolute right of self-government, free from the interference of any hierarchy of individuals or organizations; that the one and only head of the Church is Jesus Christ, through the work of the Holy Spirit; that it is scriptural for churches to cooperate with each other in contending for the faith and for the furtherance of the gospel; that every church is the sole and only judge of the measure and method of its cooperation with others; and that in all matters of membership, policy, government, discipline, and benevolence, the will of the church is final.

We believe that we, the church, are commissioned by Jesus Christ (the head of the Church) to go into all the world with the Gospel of salvation.  After winning people to Christ, we are to baptize them and teach them to follow the command of our Lord.  This mission endeavor is the only reason for the existence of the Church.

We believe that the storehouse of the New Testament is the Church.  In honor and worship of Him who loved us first, we believe that we should bring our tithes and offerings freely and joyfully as God has prospered us.

We believe that God has commanded that sexual activity be strictly reserved for a legal marriage between a man and a woman.  Any other form of sexual activity outside of this relationship is a perversion of God’s gift of sex and violates the standards of conduct for the church.  This would also include any attempt to alter one’s gender.  We believe that a godly marriage has the holy responsibility of illustrating to this world the profound love that Christ has for His Church, a relationship that is sacred and holy. 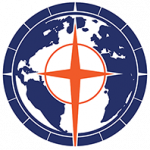